….we loaded up the truck and moved to Beverly! 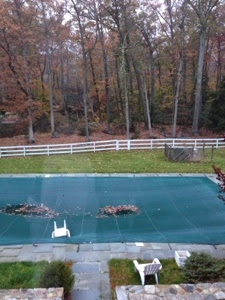 It’s been such a long time and so much has happened. But nothing really ridiculous to write home about. Or here. I’m stuck on a Delta flight to Denver and have the opportunity and solitude to catch you up.

We have a new sister for Zazzy and ililiSit! Her name is Zelda and she’s a black Afghan Hound. She’s quite lovely and delicate, the opposite of you-know-who. And she’s truly a blessing. She came from a tragic circumstance and the inhumane breeder severed her vocal chords so she can’t bark. She tries, but nothing much ruminates from her little mouth. Heartbreaking. Fucking assholes.

But she’s the sweetest, gentlest, cuddly-est little girl anyone might dream to have on their couch. She was so frightened when she first arrived 27 April, 2013, that she cowered with her tail between her legs. She had been a kennel dog which means she was in an outdoor run all day then in a cage alone at night. It didn’t take her long at all to warm up to me and the first night she gave me little kisses and rolled on her side and gave me gentle taps with her paw that meant she wanted a tummy massage. What a sweetie!

Mr. Zazoo took to her immediately and they sat together on the big bed by that first evening. ililiSit! was too friendly and way to nosey, which is her style, sort of like a New Yorker, and Miss Zelda had to put her in her place. Quite comical actually. Silly lili didn’t get it at first. 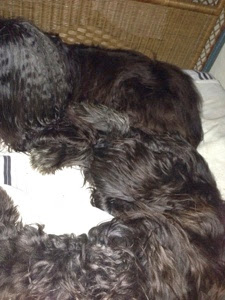 So, we’re up in Beverly Glen with an Olympic-sized pool and a great fenced-in area around it that has to be a half acre. When I called them in one day, Zazzy moseyed on over but silli lili wouldn’t budge. Zelda herded her back to me! Damn, she’s the best. Now lili flies back to me on the first call.

Speaking of naughtiness, during a brief thaw, the bitches dug their way through the mud and under the heavily- fortressed fence. Sommabitch! It’s a wooden 3 tier corral with 1×6’s, a 2″ square metal fence and chicken wire extended to 7-8 feet, depending on what part of the fence.

As I’ve said before, praise Allah for Tagg.com. If it wasn’t for Mr. Zazoo and his “mommy, mommy, Timmy fell down the well” bark and my iPhone with said gps tracking app, we all would have been up the proverbial creek sans paddle. I was able to get them home safely where the little bitches were so pooped that they both flopped in lilili’s crate for a deep snore.

So, we had the white boy come to add another 500$ plus labour of 1×6’s around the bottom. That pissed off lili to no end. She was damned if she couldn’t find a way out. Gopher.

More about the see-ment pond: it was so cold that the accumulated snow froze on the cover and the bitches had a scating rink. They had a blast running and sliding and silli lili would downward dawg across the pool. Mr. Z was too damn sophisticated to get in on all the fun. He sat elegantly and gazed at the ninnies in disbelief.

ililiSit!’s a little instigator. At first I thought the black kids were picking on her. This only happened outside when they horse around. They nip and growl and it looks like a big commotion. I always break it up but one day I silently observed from a close distance. She actually egged them on, the little witch, and there I was, a Mama who felt sorry for her and I had deprived them of their monkeyshines.

So, you might be thinking, Denver? What the…? Not Istanbul, Palermo, Marrakech or Dubai? Denver? Yes, Denver. As in SophieNo! territory. I’m going to meet her in a few and see why her Mama keeps trying to send her to me for a visit. Little does she know, I have silli Lilli and I’m dropping HER to visit SophieNo!

Well, not really. I’m picking up 2 Afghan Puppies who have been rescued from deplorable conditions. A mini lili and a mini Zelly. Woohoo! 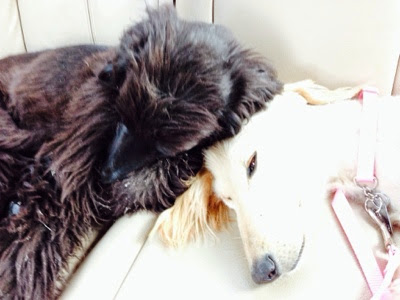 Call me on Niteflirt

Would you like to chat with me?
A phone session perhaps?
Discuss an upcoming session?
Of course there’s a tribute required my pet.

Madame Nicole was very polite and professional in her emails and phone contacts with me and was just as sweet and friendly in person. After some discussion at her home and an offer of a beverage she asked me about my spanking experiences throughout my life and what prompted me to contact her. We decided on the roleplay and she went to change clothes as I anxiously awaited her return. What happened when she returned was a stunning reenactment of the spanking I received at age 13 and at times I felt like I was traveling back in time. 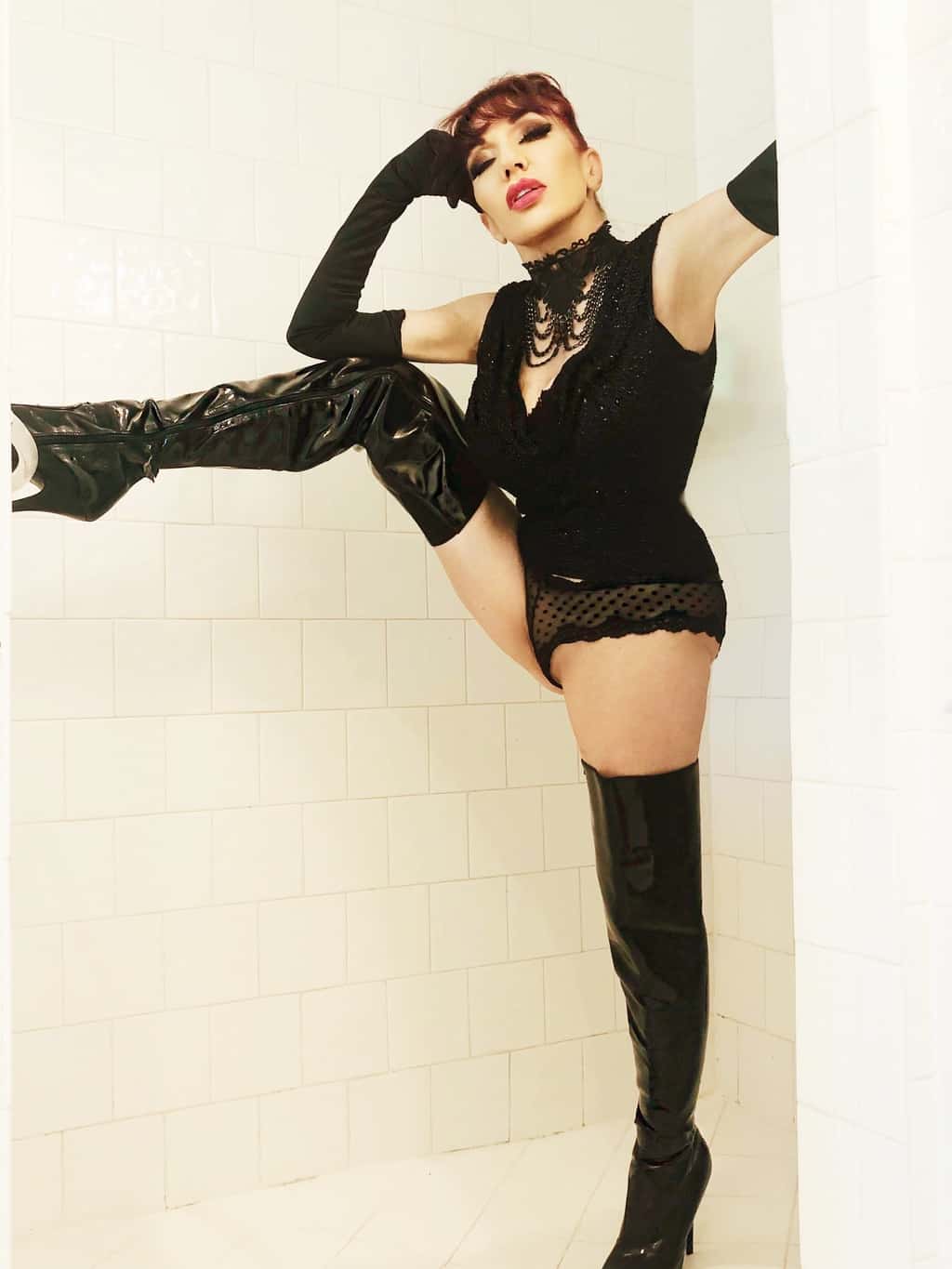 Do follow me to learn all about me, what I offer and where. Sometimes I’m in exotic locales. You’ll receive tips, news, info on guest friends that’ll join me, new merchandise and offers. I’ll keep your address my secret, our dirty little secret, my pet.